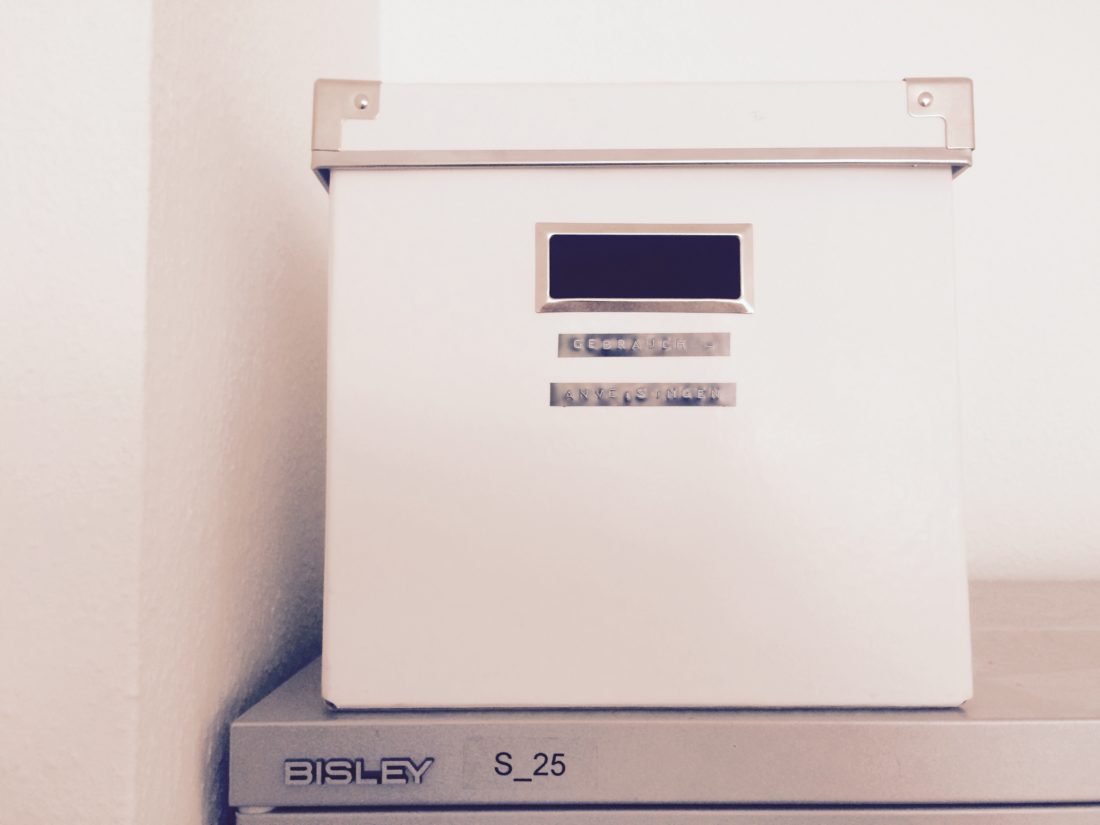 Recently, I discovered a box with the inscription »used instructions« with my colleague.
Admittedly, I was a little surprised at the moment, and this wonder was carried to my desk.
Yes, said colleague was already at workable age when it was not yet available in all offices of Macs or PCs. Nevertheless, the notion of “used instructions” has triggered similar images to me as at school, reading Kafka’s »The Process« or scenes from Jaques Tatis »Mon Oncle«. »Used instructions« … does my colleague collect instructions that she has received? If so, does »used« mean she has executed them at least once? Is the crate regularly emptied? Is there a box for »unused« or even »useless« instructions? Or are they disposed of directly? Does the box belong to the boss at the end – he reaches inside from time to time and pulls out a used instruction? Perhaps the boss has taken a seminar and learned a management method that states, »Give out at least 17 instructions a day to consolidate your leadership position! It does not matter which statements you spend. The only important thing is that you do it.« Clever, if you have such a box – but to give arbitrary instructions for the purpose of power demonstration. This is no longer taught today.

In the end I found it almost a pity that the actual contents of the box appeared as »usage instructions«, which are still from the time before »Digital Manuals«. The inscription technique originates from the same time, which for retro-charming reasons again became modern. On the label of the box the imprint simply was not strong enough at the decisive point.