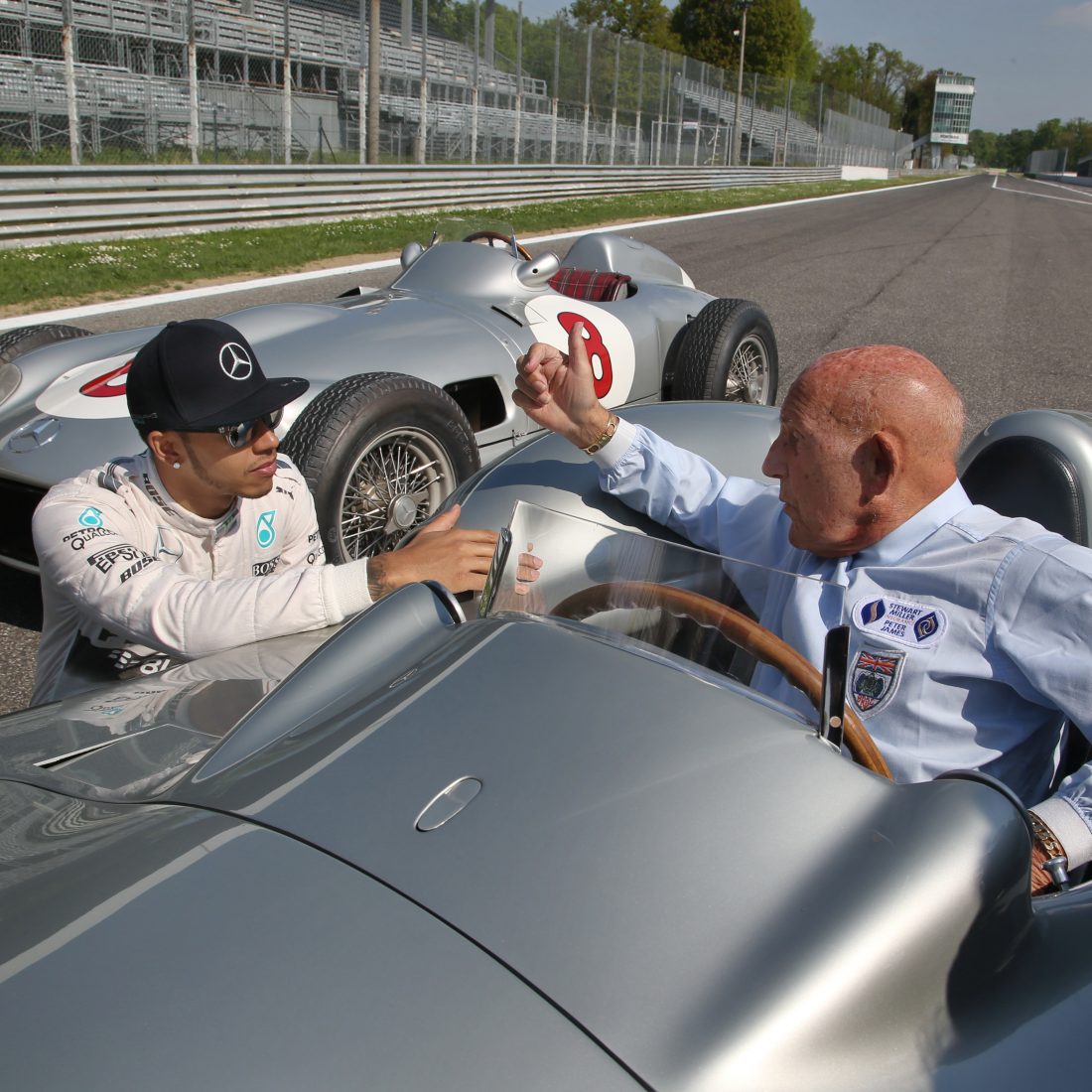 On Easter Sunday, the 12th Aril 2020, one man died who, as a racing driver, survived a period in which it was not a matter of course to get out of the car unharmed after every race: Sir Stirling Moss.

I had the honour of meeting him and his charming wife at an event that we developed and organized on behalf of Mercedes-Benz Classic in Italy in 2015. I will never forget the sight it was. when he drove over the Passo della Futa again in “his” 722 and history repeated itself. When he saw the slices of orange that we handed him for refreshment, he had to laugh heartily. Because he hadn’t expected so much detail about his race.

The next day the world champions met. Sir Stirling Moss and Lewis Hamilton did their laps in historic vehicles on the newly renovated high-speed oval of the Autodrome Nazionale di Monza, which was opened for this event exclusively.

Good to see that the pictures taken on this occasion were used by many of those who remembered Sir Stirling Moss on the anniversary of his death in the social media. That way, he stays unforgotten for me, too.